The most efficient, least polluting, and most investigated aircraft designs are based on the classic structure where the passengers are located in the fuselage and the wings support the engines and contain the fuel. But there are also ideas, some in an advanced stage of development, that suggest rather deep variations of this classic scheme, aiming for aerodynamic advantages, lower fuel consumption and higher ranges.

V-shaped aircraft. Perhaps the most curious project is the “Flying V” or Flying V project which was born out of an idea coined nearly ten years ago by Justus Benad, at the time a student at the Technical University of Berlin was doing an internship at Airbus. Benad had devised an aircraft without a fuselage, with wings that were large and very pronounced V-shaped that could accommodate passengers. The concept immediately showed interesting potential and was developed into a prototype by the Dutch Delft University, in the meantime Pinad has moved on. The creator of “The fly V” explains, “It was born to be an aircraft similar in capacity to the Airbus A350, with a passenger capacity of 314 and a wingspan of 65 metres.”

The altitude is similar as well, in order to use the same airport facilities suitable for other aircraft. But overall, the aircraft is much shorter, has less mass and offers less drag than the A350, with much lower fuel consumption to cover the same distances. The first test flights of 2014 proved so promising, that the School of Aeronautical Engineering at Delft University decided to start a project to develop the V, entrusting it to Roelof Vos, professor of engines and flight performance. A revised version was born that is believed to reduce fuel consumption by 20% compared to a conventional aircraft. In October 2020, a miniature model measuring 3 meters in length and weighing 22.5 kg successfully completed its maiden flight. The designers envisioned two versions, one with conventional fuel and one with hydrogen, that would have 35% less range but would be completely emissions-free.

Wing supports. Meanwhile in the United States, NASA and Boeing are working on another passenger plane project, defined as the Transonic grille wing. In appearance, the aircraft is similar to the classic Boeing 737, but its wide wing is much narrower than that of a conventional aircraft and is supported by two brackets attached to the underside of the fuselage. According to the designers, the reduction in consumption with this configuration can reach 10% compared to the aircraft, as evidenced by wind tunnel tests conducted in September 2021.

Another front we are working on is related to the development of aircraft that were already designed in the past but technological advances nowadays allow it to be faced in a different way. An example concerns supersonic aircraft, which due to high noise cannot fly in some countries, such as the United States for example.

Supersonic return. For some time, Lockheed Martin, in cooperation with NASA, has been working on a prototype of the X-59, structured in such a way as to attenuate the sonic effect of a supersonic explosion almost to cancel it. The first life-size specimen is now nearly ready at the Lockheed-Martin plant in Palmdale, California. Giuseppe Sala, director of the Department of Aerospace Science and Technology at Politecnico di Milano, explains that “supersonic aircraft”, for aerodynamic reasons, have to be shaped with a very prominent broken wing and a narrow body, so they are suitable for carrying a limited number of passengers. So it is likely that their future development will be limited to VIP or commercial customers, which is important above all to reduce flight times, while cost is not an issue.”

Article by Riccardo Oldani taken from Next Focus 30 Special – The Past, Present, and Future of Airplanes (and Competitor Train), published in Focus 354 (April 2022). Read the new focus on newsstands!
© Focus 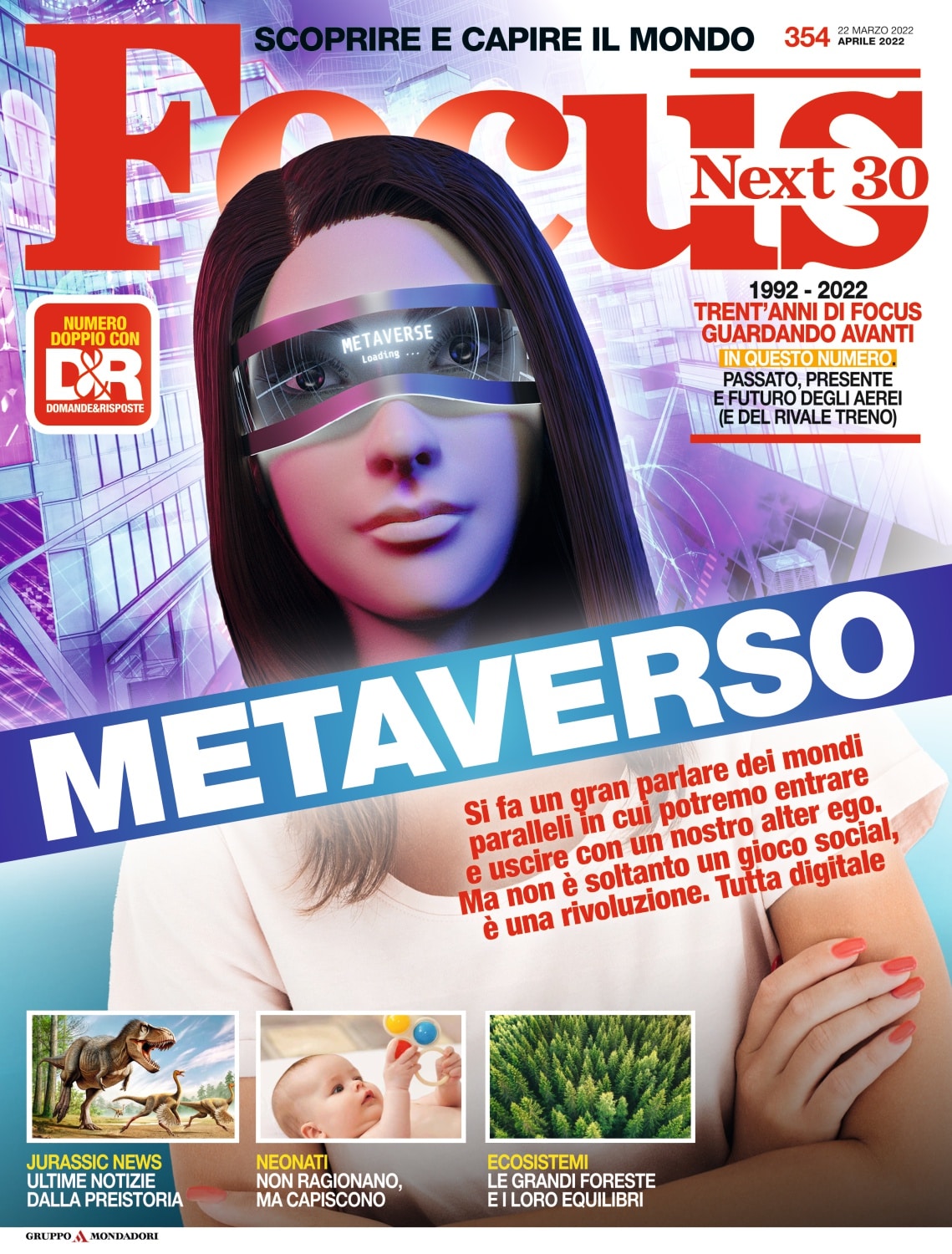 Electricity access. Electric-powered aircraft also appear on the horizon. Like the X-57 of the American aircraft Maxwell, is also under development at NASA, which last July completed tests of electric motors. The propeller-driven aircraft carries 4 people, with operating costs approximately 70% lower than conventional fuel-like aircraft, and of course no noise and no emissions.

At the moment, electric technology can only be used on small aircraft. If you used batteries to power a Boeing 747, it would take so much, just to get it off the ground, that it weighed 7 times the weight of the plane. But despite these limitations, research in this sector is in turmoil and is being developed along two lines: hybrid motors and newly designed batteries.

Taxis from heaven. Then there is another revolution looming. They are tiltrotors, vertical take-off planes that some also call air taxis. There is a lot in development, some of which are capable of moving on land overland and then taking off from an airport. The Italian Leonardo even developed one, the AW609, already on the market, capable of carrying more than 2,500 kg. The proliferation of these means could completely change the way we fly, as it would also make urban roads or airport transfers, where you arrive by traditional flight, into cities possible.

If we also use drones to transport or deliver packages, soon enough we can see overhead a swarm of traffic like that imagined in many science fiction movies. With the need for appropriate controls. Thinking about this possibility, the airport management project in Turin began to create a file vertical Integrate with the traditional airport and to develop a digital twin. In other words, a virtual version of the city to simulate the dynamics of this new air movement and understand how to manage it.